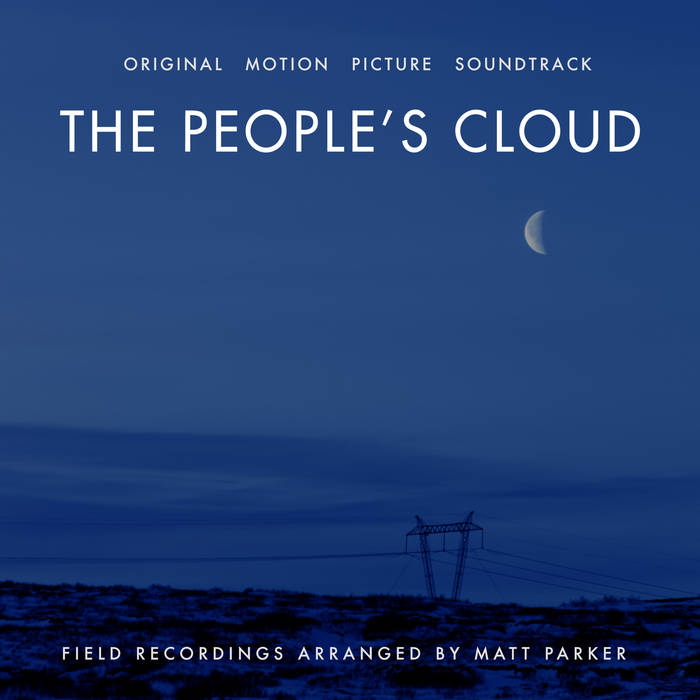 In 2016, Matt Parker, Michael James Lewis and Sebastien Dehesdin founded The People’s Cloud, an artist led investigative team interested in the material infrastructures of the Internet.

Internet enabled computers and mobile devices are ubiquitous amongst much of the world but not too long ago computers were humongous machines, occupying vast spaces and generating a great deal of noise; the noise of spinning fans and disks. As technology has evolved, ‘cloud computing’ has become prevalent and today’s smartphones sit silently in our pockets, no longer making the noise of computers of old.

As we transfer our data across the Internet, where is it going? Most people have no idea where their ‘online’ data is once it’s uploaded onto ‘the cloud’, but it is definitely not in the sky. The Data Centre, an often huge building filled with computers, heat, spinning fans and disks has enabled us to transfer the noises of computing and locate them somewhere else, somewhere unknown, and somewhere on a mass scale.

The People’s Cloud documentary film will be released in early 2017 and to celebrate the release, we’re delighted to be launching this campaign with the Original Soundtrack for The People’s Cloud.
The Soundtrack is an hour of field recordings, soundscapes and compositions produced exclusively from recordings taken during field trips to critical sites of media infrastructure including data centres in Iceland, The Netherlands and the UK, hydroelectric power stations in Iceland, Fibre Optic landing stations and other critical network sites across Europe and one of the world’s most powerful computers, SURFsara.

For more information about The People’s Cloud, visit www.thepeoplescloud.org.

All sounds recorded, produced, composed and edited by Matt Parker.

Matt Parker is a Sonospheric Investigator; an artist researching the resonances between things. His multimedia works are influenced by the practice of listening; to unsound vibratory ecologies and the economies of noise. His research engages with sound studies, media ecology, field recording and geohumanities through a critical and spectral art practice. ... more

Bandcamp Daily  your guide to the world of Bandcamp

Featured sounds by K.Spark and WIZDUMB, plus Basi joins the show to discuss his latest release.